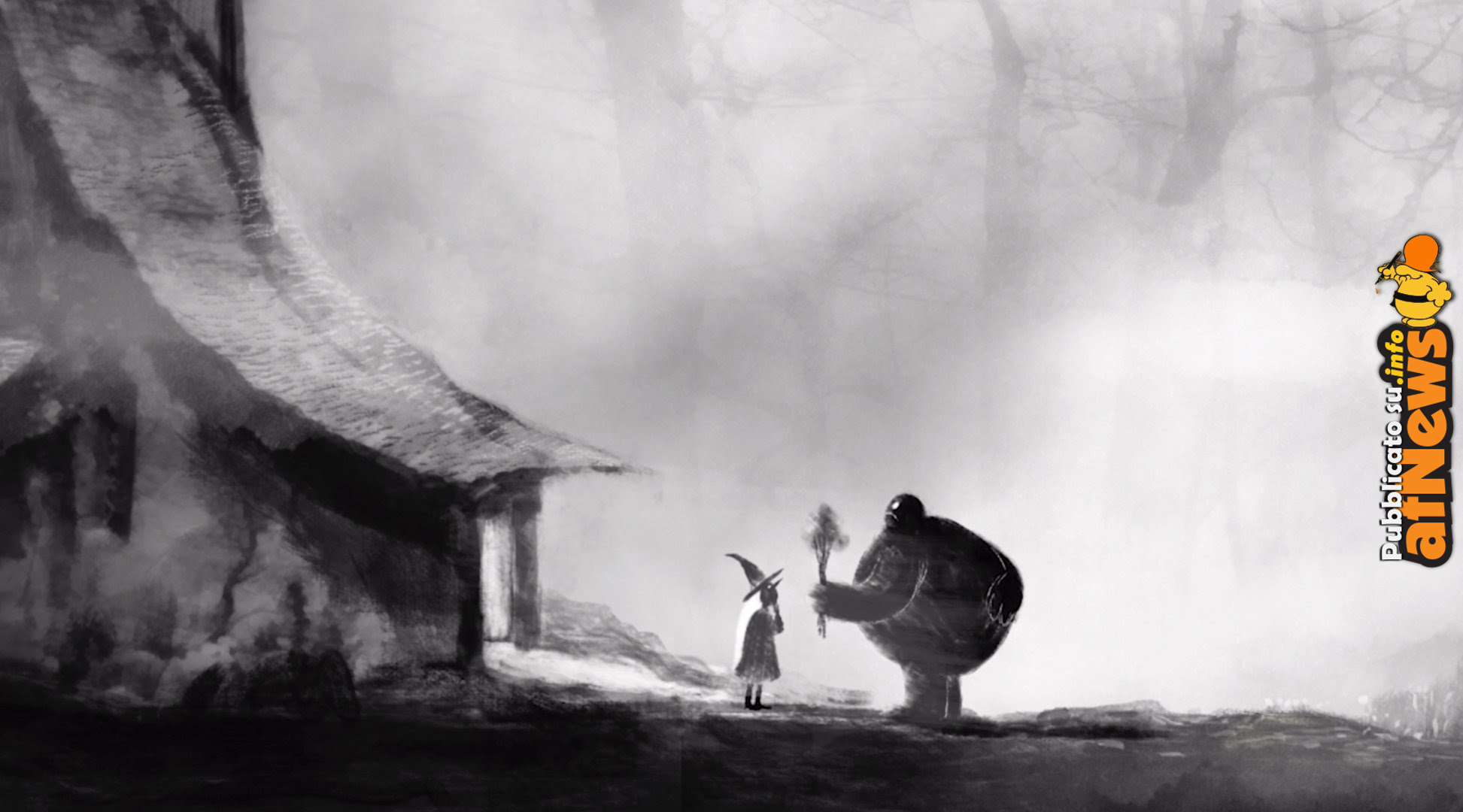 * Works from Argentina, Chile, Costa Rica, Spain, Mexico, and Portugal receive distinctions across nine categories.
* Adventures starring people with disabilities, children who question the adult world, and stories with social undertones stand out on the list of winners.
* The award ceremony was held in San Cristobal de La Laguna in Tenerife, the new home of the Quirino Awards.

The Quirino Awards for Ibero-American Animation announced the winning films for its fourth edition, which ended on May 29th with an in-person gala held in the Leal Theatre in San Cristobal de La Laguna, Tenerife, and broadcast live around the world. Adventures starring people with disabilities or children who question the world of adults, and stories with social undertones stand out in a list of winners from Argentina, Chile, Costa Rica, Spain, Mexico, and Portugal. 2D animation predominates among the winning films, which are aimed at both children and family audiences, as well as adults. With the support of the Council of Tenerife through the Tenerife Film Commission, this new edition of the Quirino Awards confirms the event’s central relevance in the construction of a shared space for animation from the 23 countries in the region.

The Mexican film, “Un disfraz para Nicolás” (A Costume for Nicholas), the debut work from Eduardo Rivero, written and produced by Miguel Angel Uriegas, received the award for Best Full-Length Film. The film tells the story of Nicholas, a child with Down syndrome who, with the help of different costumes his mother left him, embarks on an adventure in a kingdom where chaos reigns. Voice acting for the main character was performed by Fran Fernández, who was also born with Down syndrome. After “La Increíble historia del niño de piedra” (The Incredible Story of the Stone Child, 2015) and “El ángel en el reloj” (The Angel in the Clock, 2017), this latest film is the third from Fotosíntesis, an animation production company seeking to raise awareness about different issues through family-oriented film.

In the Best Series category, the award went to “Petit – 2ª temporada” (Petit – 2nd Season) by Bernardita Ojeda, a Chilean production from the Pájaro company in collaboration with Argentina and Colombia, that was nominated in the last edition of the International Emmy Kids Awards. An adaptation of “Petit, El Monstruo” (Petit, the Monster) illustrated by Isol, this series aimed at preschoolers narrates the adventures of a five-year-old child that is able to resolve conflicts from his own original perspective. The director was previously a finalist in the 2019 Quirino Awards with the first season of this same serie.

After winning Best Short Film in the first edition of the Quirino Awards, Galician director Alberto Vázquez lifted the trophy again with “Homeless Home”. Produced by Uniko with French cooperation from Autour de Minuit, the short film conveys a social message through a fantastic parable — with witches, orcs, sorcerers, and ghosts as protagonists. The short film received the Quirino Award after having been selected by over 50 festivals across the world, and winning the Jury’s Choice Award in the last edition of the Annecy Festival.

Beyond these three main categories, six other films received awards, including “Memories for Sale”, the debut work by Manuel López recognized in the Best Animation School Short category. Produced by Veritas University using traditional 2-D techniques, the film marked the first time a piece from Costa Rica participated in and won an award at the Quirino Awards. The Argentine film, “Rutas” (Routes), directed by Alejandro Imondi and produced by Osa Estudio, won the award for Best Commissioned Animation, whilst “GYLT”, developed by the Spanish studio Tequila Works, was recognised as Best Video Game Animation — a prize awarded for the second time after the creation of the category last year.

To round out the award ceremony, three prizes were awarded in technical categories, with Best Visual Development going to the Portuguese short film “Elo” by Alexandra Ramires; Best Animation Design going to the Spanish short “Umbrellas”, co-directed by José Prats and Álvaro Robles; and Best Sound and Original Music Design for “Loop”, an Argentine short film directed by Pablo Polledri and produced by Uniko in Bilbao.

The finalists were selected from a total of 265 works from 17 countries and the jury was made up of Jean François Tosti from France (TAT productions), Joana Toste (illustrator and producer) from Portugal, Paula Taborda from Brazil (Planeta Junior) and Sergio Jiménez from Spain (Pinkman.TV). The gala event also paid tribute to Cuban illustrator and animated film director, Juan Padrón, creator of classics such as “Elpidio Valdés” and “Vampiros en La Habana” (Vampires in Havana). 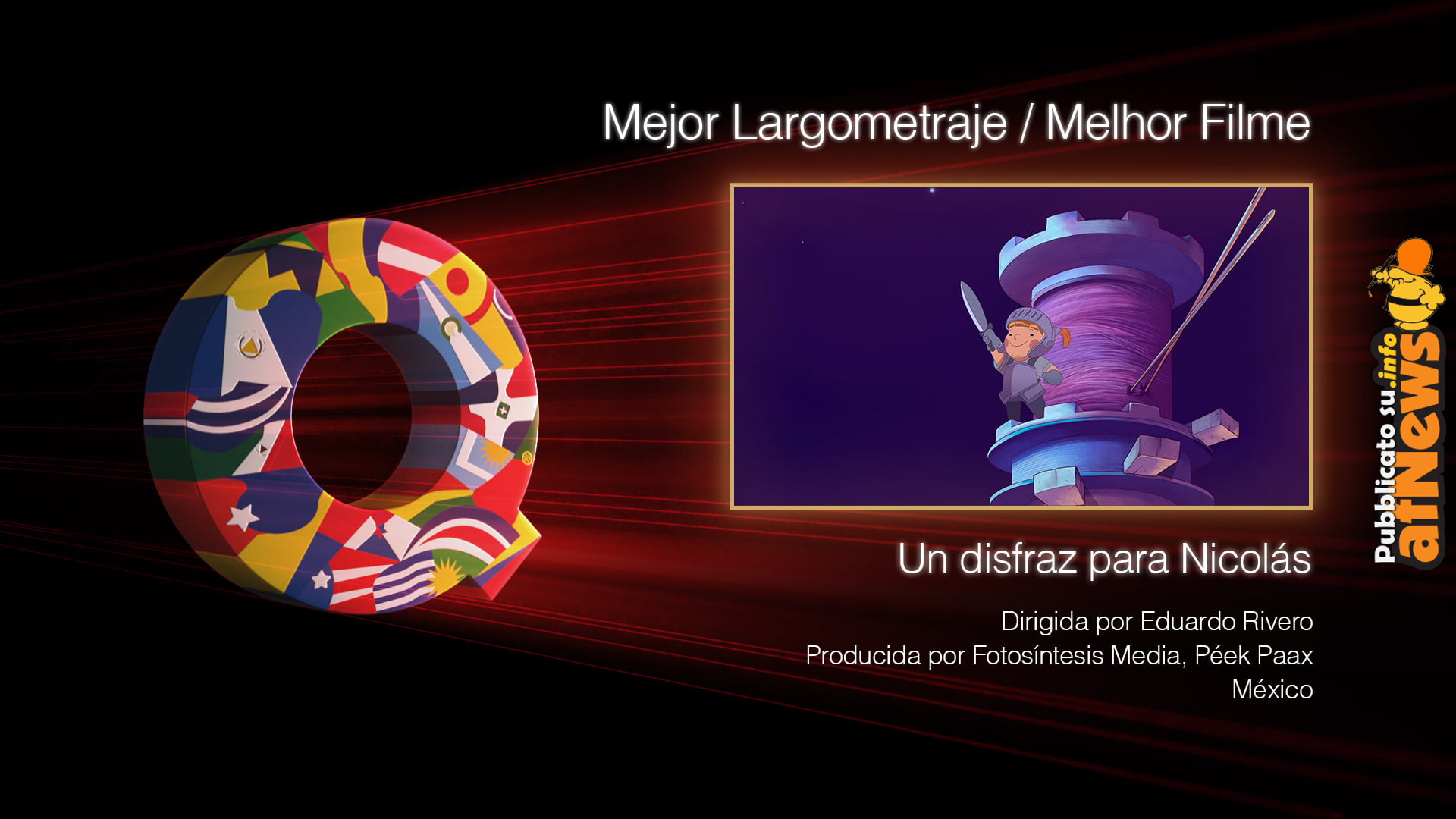 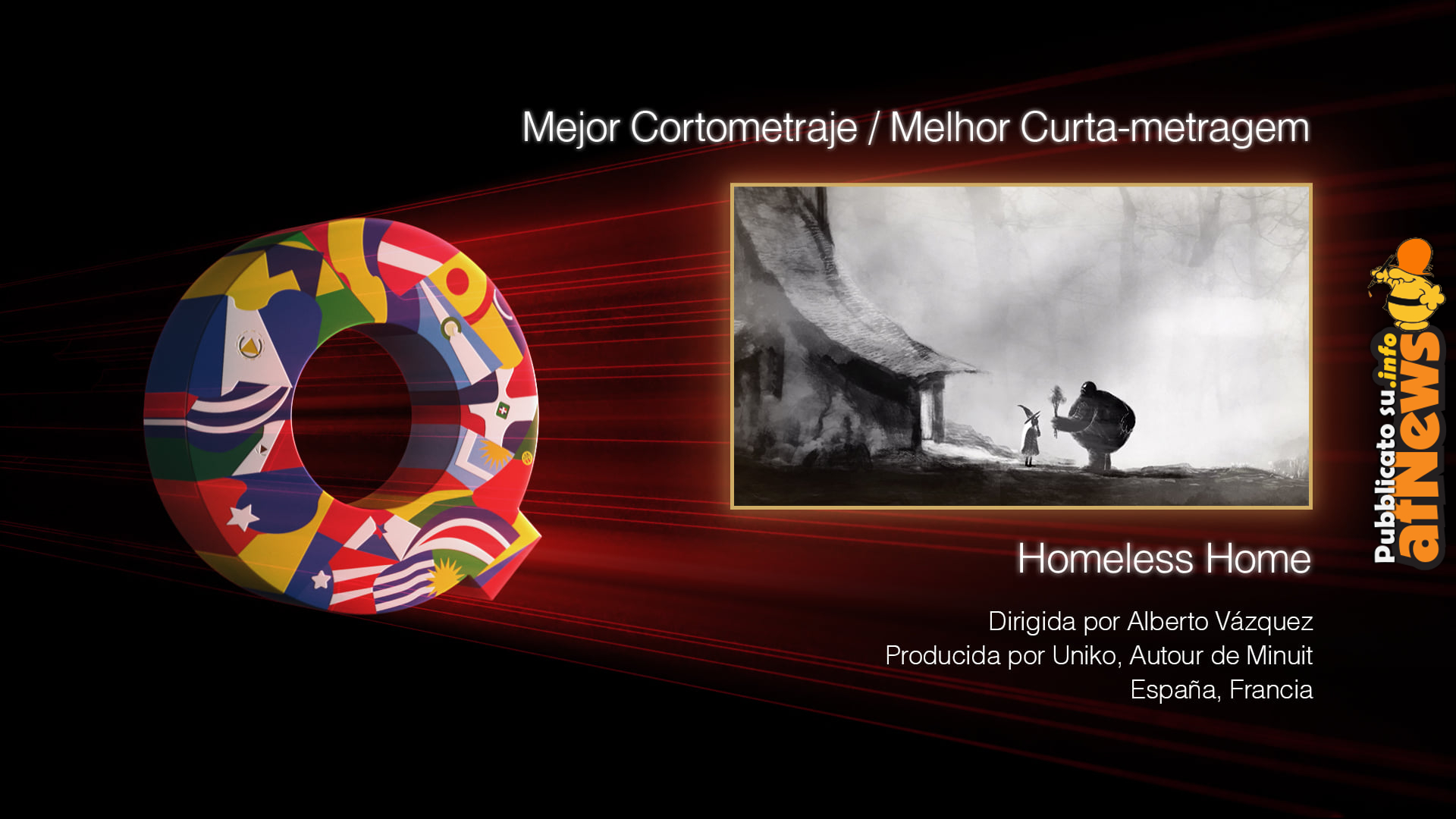 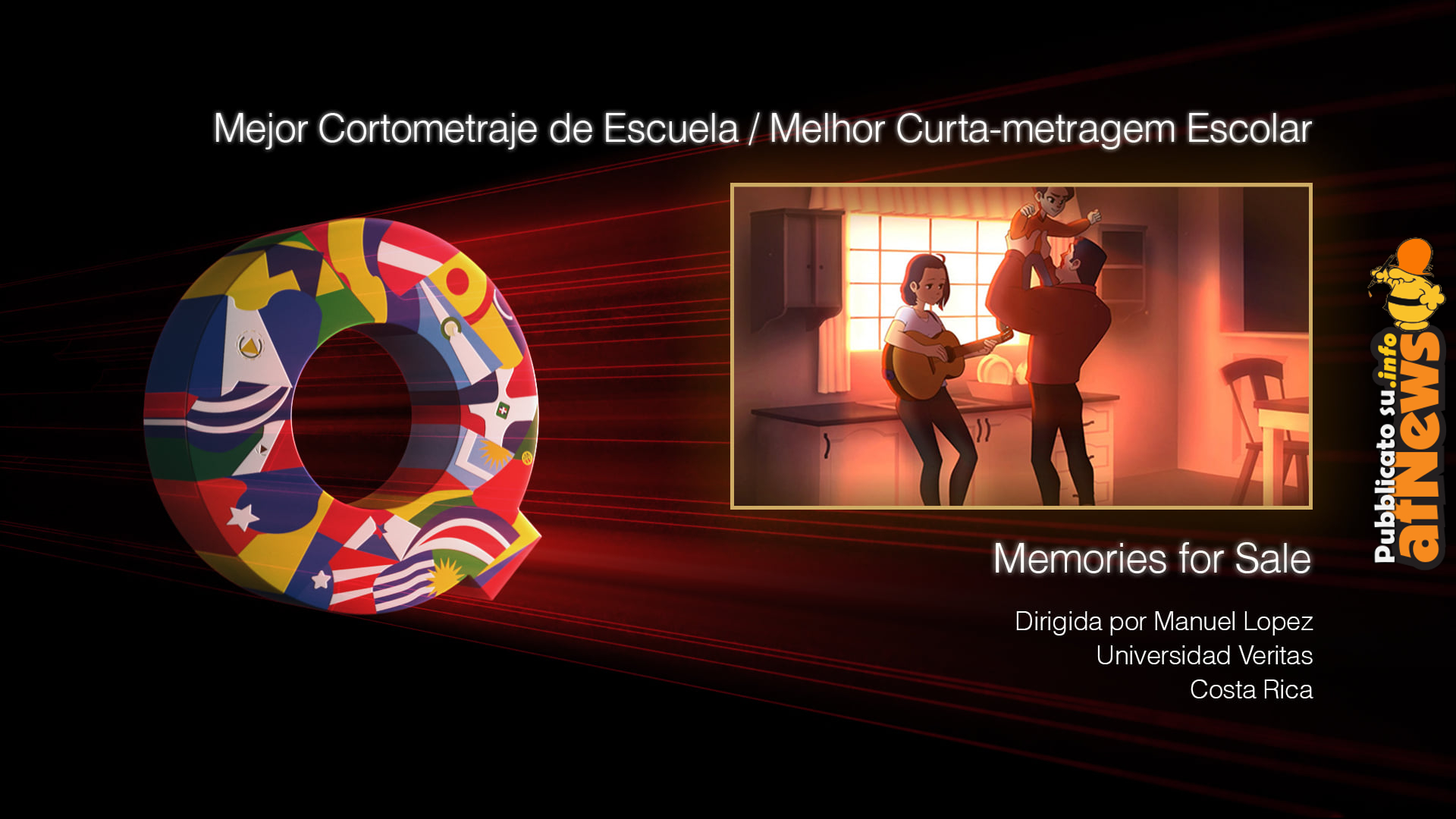 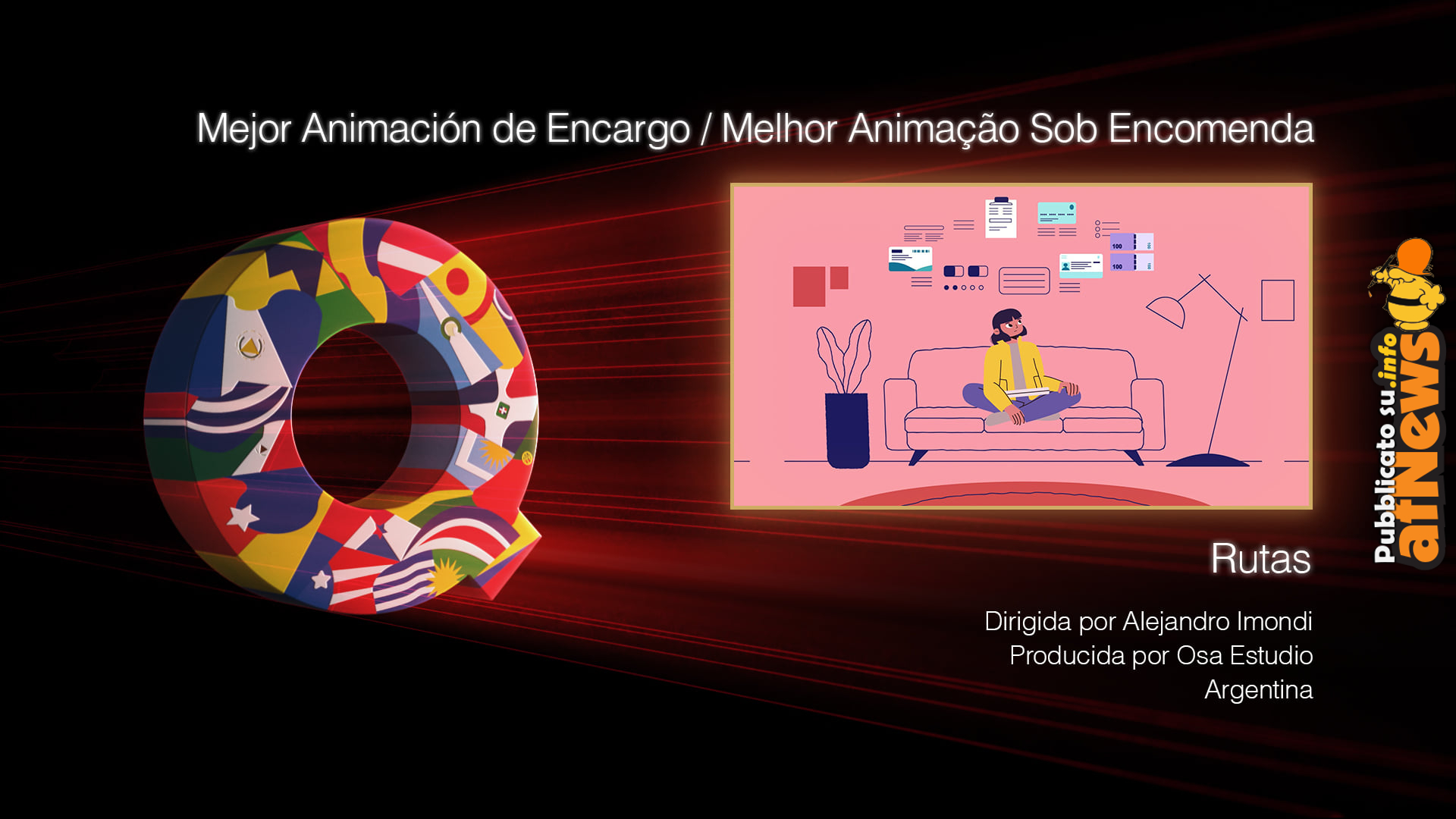 About the Quirino Awards
With the main sponsorship of the Tenerife Council through Tenerife Tourism and the Tenerife Film Commission, the Quirino Awards confirm the island’s substantial bet on Animation, also including specific actions to support the local industry, participate in the main international markets, and promote the industry brand of Tenerife, Cartoon Island.

The awards are named after the creator of the first full-length animated film in history, “El Apostol” (The Apostle), an Argentine production directed by the Italian-Argentine illustrator Quirino Cristiani in 1917.