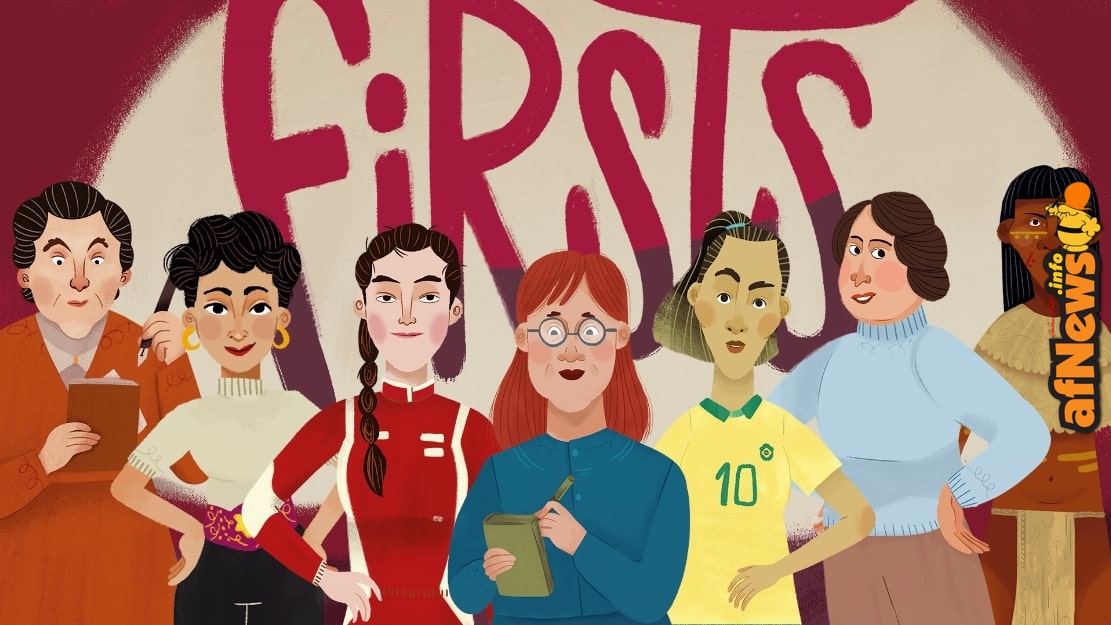 – The Quirino Month starts with talks, screenings, meetings and an animated gif contest
– Big presence of Tenerife professionals in the 3rd edition of the Quirino Awards
– Tenerife Film Commission and the animation production companies from Tenerife will participate in a talk on sustainability 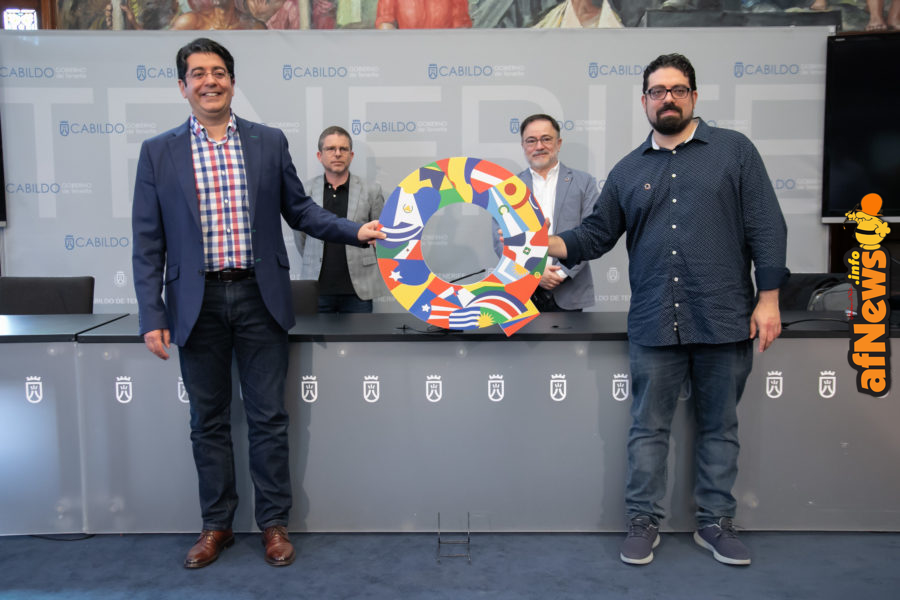 With a press conference held at the Cabildo de Tenerife this May 25th, the third edition of the Quirino Awards was inaugurated, Ibero-American animation awards that this year will be held in digital format. The presentation was in charge of Mr. Pedro Martín Domínguez, President of the Cabildo de Tenerife; Mr. José Gregorio Martín Plata, Insular Advisor of the Area of Territory Planning, Historical Heritage and Tourism and José Luis Farias, Coordinator of the Quirino Awards, who analysed the role of the island in the construction of a common space for Ibero-American animation, in addition to offering details of the program of activities organized throughout the so-called Quirino Month.

Martín has expressed that “at a time when we recognize that tourism will be the great lever to recover, we also have to remember that we must look for alternatives. And this is an opportunity, backed not only by the place that Tenerife represents, but by the enormous tax incentives, both for being a ZEC area, and for the incentives inherent in the audiovisual sector and which place us in a privileged position for the location of companies in the sector ”.
In addition, he said that “the Quirino Awards are a catalyst for the Ibero-American animation industry and Tenerife has become a key piece in this bridge that unites Europe and Latin America. Celebrating these awards is a brave bet, a bet for the present but also for the future. And there the Cabildo de Tenerife will be to corroborate it ”.

For his part, the Minister Mr. José Gregorio Martín Plata analysed the differential value of Tenerife’s commitment to animation. “Currently, there are seven companies installed on our island – the last two started their activity this year – and more than 300 workers, with qualified jobs, working here.” Martín Plata also stated that in 2019, only the animation “generated 7.2 million euros, 40% of the total income of the audiovisual sector in Tenerife,” he said.

Finally, the coordinator of the awards, José Luis Farias, spoke about the challenges of organizing the event in the current emergency situation. “Celebrating Quirino this year is an act of resilience. With the hashtag #yovoyaquirino we want to highlight Ibero-American animation and send a message to all that despite the difficulties of this crisis, the great animation family continues to move forward with force and determination. But this act of resilience would not have been possible without the support of many sponsors and collaborators, but fundamentally because of the trust of the Cabildo de Tenerife and Tenerife Tourism through the Tenerife Film Commission. On behalf of Ibero-American animation Thank you. In this unique edition, we reinvented ourselves by organizing different online activities, from Tenerife to the world, that will take place throughout what we have called the Quirino month“, he declared.

The Quirino Month has the main sponsorship of the Cabildo de Tenerife through the Tenerife Film Commission and includes in its program different activities aimed at both professionals and the general public. The Quirino Month will culminate on June 27th with the awards ceremony and the animated photocall in which the winning works in the nine categories of the awards will be announced.

ANIMATION ON ISLA CARTOON
The animation sector continues to gain international projection in Tenerife, an island that maintains a firm commitment to the sector and that seeks to strengthen itself as a place for making animated films and series with the Tenerife Isla Cartoon brand. In recent months La Casa Animada has been nominated in the Pulcinella Awards (Italy); B-Water Animation Studios has developed with Unity a hybrid pipeline unique in the world in its latest production the series ‘Treasure Trekkers’; Mondo TV Producciones Canarias will participate as co-producer in the Italian animation series ‘Nina & Olga’; In Efecto is working on the series ‘Tara Duncan’; and 3 Doubles Producciones recently released their series ‘Momonsters’ on Clan TV, with which they signed distribution with the French PGS in the last edition of the Quirino Co-Production Forum.

In addition to the participation of professionals and the general public in the several activities of the Quirino Awards this year, the big presence of Tenerife professionals stands out among the finalists and selected projects for this edition.

The animation director of the video game ‘Gris’, finalist in the category of Best Ibero-American Animation for Video Game, is Adrián Miguel Delgado from Tenerife, a graduate of the University of La Laguna.

“Winnipeg, the Ship of Hope” has been the winning project of the La Liga special call and it will be presented at the Annecy Festival. The film is a co-production between Chile (El Otro Film), Spain (La Ballesta and 3 Doubles) and France (Marmitafilms). In addition to the participation of 3 Doubles in the production, the film will feature the soundtrack by Tenerife composer Diego Navarro.

ONE MONTH OF ONLINE ACTIVITIES
The Quirino Month activities calendar begins on May 26th with the third edition of the Co-Production and Business Forum of the Quirino Awards, in which more than 90 companies from 19 countries will participate. Throughout a month, representatives of channels, distributors and producers will have the opportunity to know, through online meetings with Ibero-American professionals, different projects from the 23 countries of the Ibero-American region. The Forum has the collaboration of ICEX, Animation From Spain and PROEXCA.

For its part, on the same day that the Forum begins, a meeting will be held between the authorities of the Ibermedia Program and representatives of different sectoral associations that will count with the participation of the Animar Cluster and APA (Association of Animation Producers from Córdoba) -both from Argentina-, Red Bolivian Animators, ABCA (Associação Brasileira de Cinema de Animação), ANIMACHI (Chile), Animation Costa Rica, Group of Animators from Ecuador, DIBOOS (Spain), ACDMX (Association of Digital Creatives of Mexico), Jalisco Creativo, Pixelatl (Mexico), Paraguay Animation, Peru Animation, Casa da Animaçao (Portugal) and SAVE (Tenerife). Representatives of the Tenerife Film Commission will also participate in this meeting, which will analyse the state of production in different regions, the impact of Covid19 and the latest call for the Ibermedia Program. 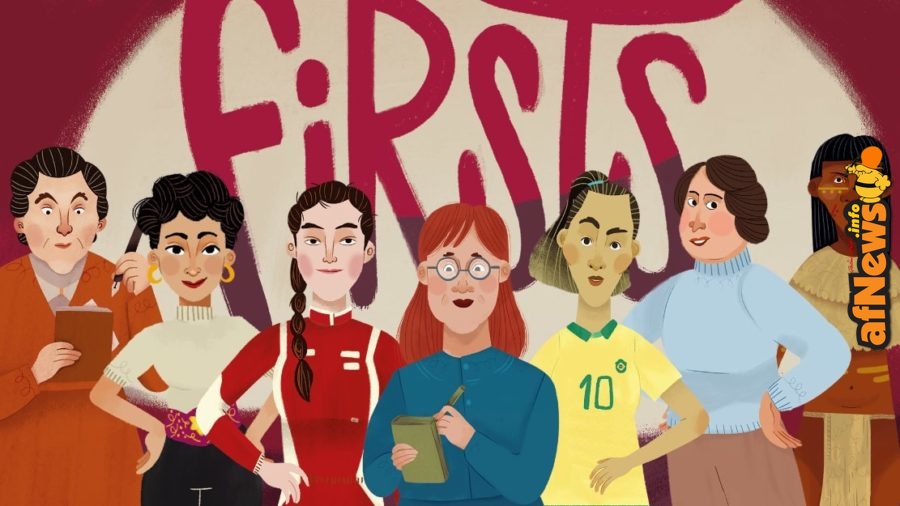 On May 28th, La Liga, the Ibero-American Animation League, will announce news about this alliance of Ibero-American events made up of Animation! Ventana Sur, Quirino and Pixelatl Awards. In the second part of this conference, the Chilean Catalina Fontecilla and Javiera Risco will present ‘Firsts’ (Typpo Creative Lab), a series project in development that won the award given by La Liga at Ventana Sur 2019, and which implies participation in Pixelatl and Quirino Awards with the aim of accelerating its production and promoting its internationalization.
On June 2nd, the online round table ‘Women in the Ibero-American Animation’ will take place, in which they will analyse the situation of women in the sector. Moderated by Silvina Cornillón (Animation! – INCAA), the table will be attended by representatives of RAMA – Argentine Women of Animation Group, MIA – Women in the Animation Industry (Spain) and MUMA – Women in the World of Animation (Mexico).

A week later, the conference ‘Sustainability in animation’ will be held. The Tenerife Film Commission, Quirino Awards and Welaw will make an introduction about the measures that can be carried out to make a production sustainable. Then the production companies from Tenerife will tell us about the projects they are currently developing and how the animation has not stopped during the state of alarm by Covid19.

Between June 1st and 14th, the Retina Latina and Filmin platforms will have an special on the finalists in the school short film category, in addition to the winners of this section in the 2018 and 2019 editions. With the aim of bringing creations to the audience, the organization also foresees the development of several participative talks with those responsible for the finalist works.

All online conferences will be free and freely accessible through the Facebook Live of the Quirino Awards channel.
The complete program with all the details of speakers, dates and times can be found on the Quirino Awards website.