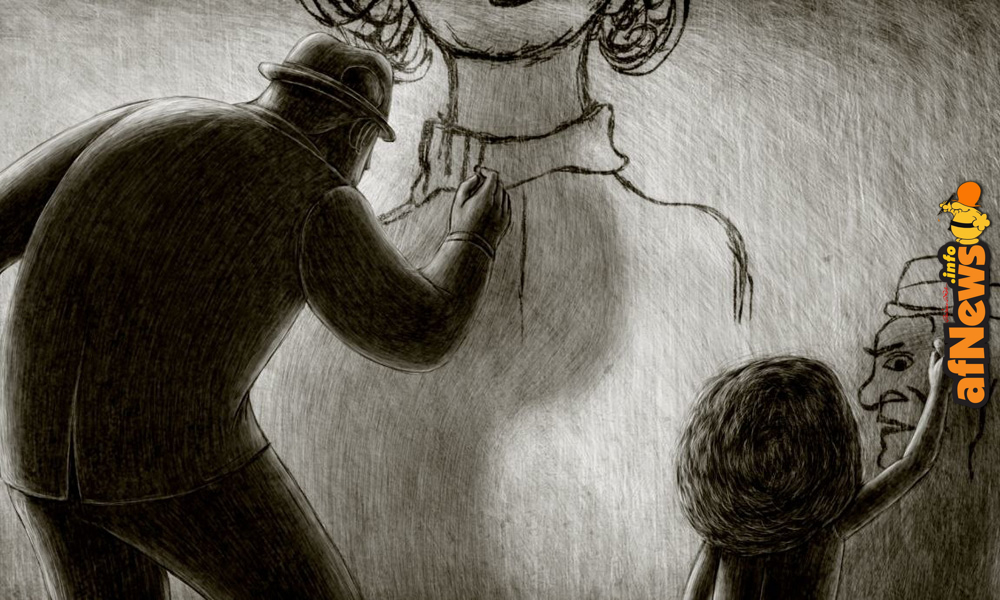 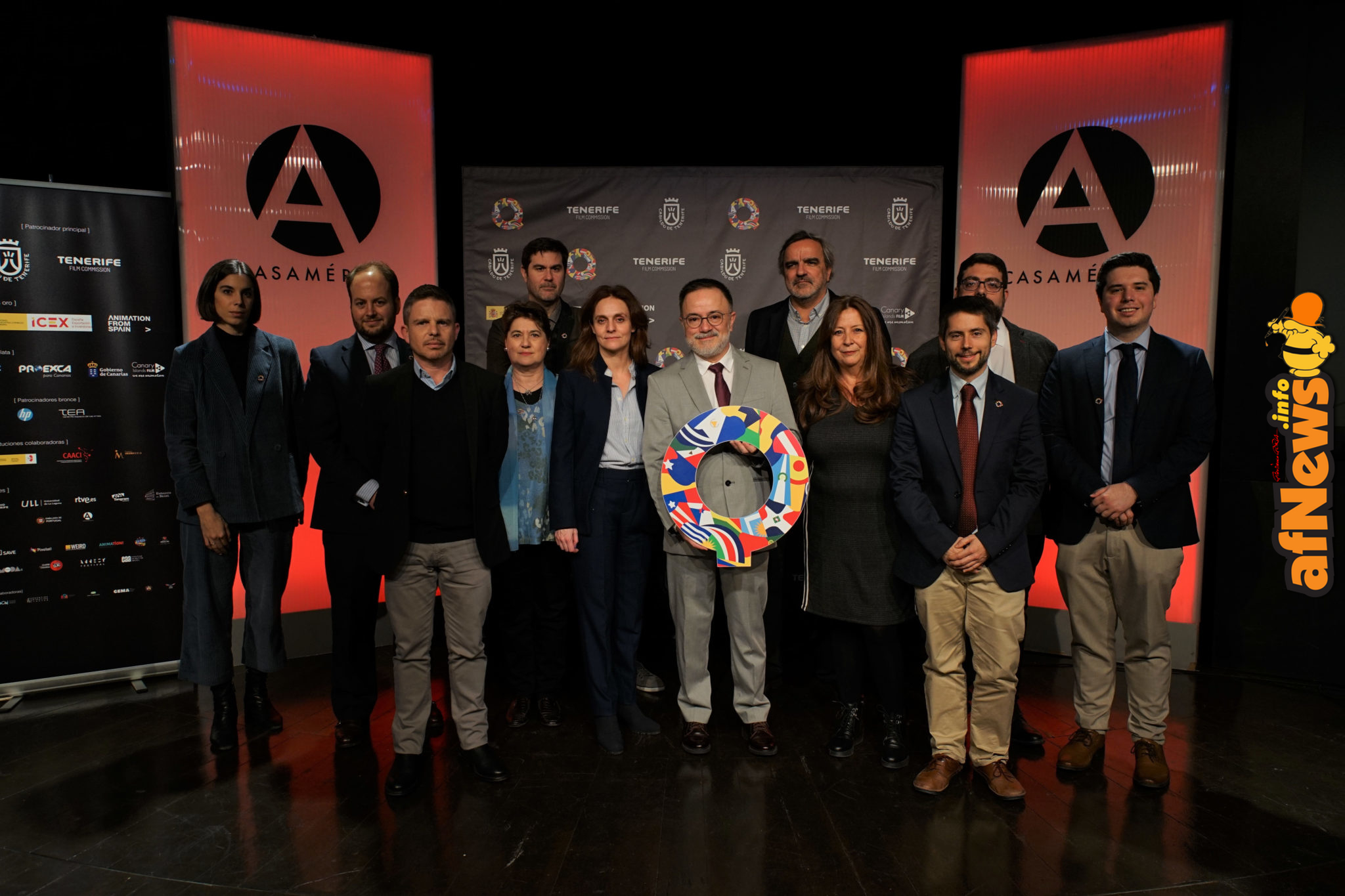 Portugal, Spain, Argentina and Brazil top the list of countries with more finalists.

The awards ceremony will take place on April 18th in Santa Cruz de Tenerife
The Ibero-American Animation Quirino Awards have announced the finalist works in the nine categories of its third edition, which will be held on April 18th in the island of Tenerife. The announcement was made this afternoon at Casa de América in Madrid, in a press conference in which José Gregorio Martín Plata, Island Councilor of the Area of Territory Planning, Historical Heritage and Tourism of the Cabildo de Tenerife; Beatriz Navas, Director of ICAA, Institute of Cinematography and Audiovisual Arts; Pablo Conde, Director of Fashion, Habitat and Cultural Industries of ICEX, Spain Export and Investment; Elena Vilardell, Technical and Executive Secretary of the Ibermedia Program; and José Luis Farias, Coordinator of the Quirino Awards; in addition to representatives of the embassies of Brazil, Mexico, Paraguay and Portugal.

A total of 22 works from nine countries in the region will dispute the statuettes of this third edition. Productions from Argentina, Bolivia, Brazil, Chile, Colombia, Mexico, Paraguay, Portugal and Spain will opt for the Quirino Awards in the nine categories in a selection that reflects the international projection of Ibero-American animation and has a broad representation of films oriented to young and adult audience.

The Portuguese animation is the most represented with ten candidates, while Spain presents seven finalists, followed by Argentina (6), Brazil (4), Colombia (2), Bolivia (2), Chile (1), Mexico (1) and Paraguay (1). The Portuguese school short film “Nestor”, co-produced with the United Kingdom, is the work with more nominations (4); followed by the Spanish feature film “Klaus” and the Portuguese short film “Uncle Thomas Accounting for the Days”, with three nominations each.

The four feature films that qualify for the Quirino Award are: the Argentine-Spanish co-production “Turu, the Wacky Hen”, by Víctor Monigote and Eduardo Gondell; the Argentine “The Longleg” by Mercedes Moreira; the Colombian “Reconciliation Stories” by Carlos Santa and Rubén Monroy; and the Spanish “Klaus” by Sergio Pablos.

For its part, the finalist series are the Portuguese “Crias – Crocodiles”, co-produced with France; the Spanish “Momonsters”; the Mexican “Space Chickens in Space”, co-produced with the United Kingdom, Ireland and Australia; and the Brazilian “Tainá and the Amazon’s Guardians”.

The categories of commissioned film and visual development stand out, in which the finalists come from a single territory. Three Argentine pieces will compete for the Best Commissioned Film Award: “In Your Hands”, “Mate?” and “We Have Voice” (being Mate? Co-production with Bolivia, Brazil, Chile, Paraguay); while three Portuguese works opt for the Best Visual Development Award: “Nestor”, “The Peculiar Crime of Oddball Mr Jay” and “Uncle Thomas Accounting for the Days”.

In addition, nine other works opt for the Quirino Award in the categories of animation design, sound design and original music and the novelty in this edition, animation for video game. The list of all the finalist works can be seen here.

The third edition of the Quirino Awards received a total of 219 works.

Co-production and Business Forum: last days to register
In parallel to the awards, the Quirino Awards intend to continue generating networks and favoring the circulation of works on both sides of the ocean. For this, a new edition of the Ibero-American Co-production and Business Forum will be developed, which will take place on April 17th and 18th in Santa Cruz de Tenerife.

Participation in this Forum is open to professionals from Latin America, Portugal, Andorra and Spain, as well as distributors, channels, sales agents and potential co-producers from the rest of Europe and North America interested in Ibero-American animation. Adult Swim, Cartoon Network, Disney TV Animation, Discovery Kids, Sesame Workshop, Zodiak Kids, RTVE, Human Ark, Momakin, Barley Films and Indie Sales are some of the channels and companies that have already confirmed their participation in the forum, which has the collaboration of ICEX and Animation From Spain. The second edition of this Forum convened 300 professionals from 20 countries that participated in more than 630 B2B meetings.

Registration must be done through the Quirino website before February 20th (early bird) and March 2nd (final deadline).

Annual meeting of CAACI and Ibermedia in Tenerife
The third edition of the Ibero-American Animation Quirino Awards will host in Tenerife, among its activities, the 38th Ordinary Meeting of the Audiovisual and Cinematographic Authorities of Latin America Conference (CAACI) and the 16th Extraordinary Meeting of the Intergovernmental Ibermedia Council. The Institute of Cinematography and Audiovisual Arts (ICAA) of the Ministry of Culture and Sports, as the host cinematographic authority and as a country that holds the Presidency of the Ibermedia program, will be in charge of organizing these meetings. This way, at the main meeting point of Ibero-American animation, the cinematographic authorities confirm their interest in promoting the production, distribution and circulation of animation works in the 23 countries integrated in this region.

About the Quirino Awards
The awards are named after the creator of the first animated feature film in history, the Italian-Argentine Quirino Cristiani, who in 1917 directed “The Apostle”; an Argentine production in which 58,000 drawings made by hand and shot in 35 mm were used, in addition to several models representing public buildings and the streets of the city of Buenos Aires.

The Cubicbird, directed by Jorge Alberto Vega. Produced by La Valiente Estudio, in co-production with Cintadhesiva Comunicaciones and with the associated production of Animaedro Estudio De Animación (Colombia)

In Your Hands, directed by Ralph Karam. Produced by Le Cube (Argentina)

Quirino Award for the Best Ibero-American Animation for Video Game