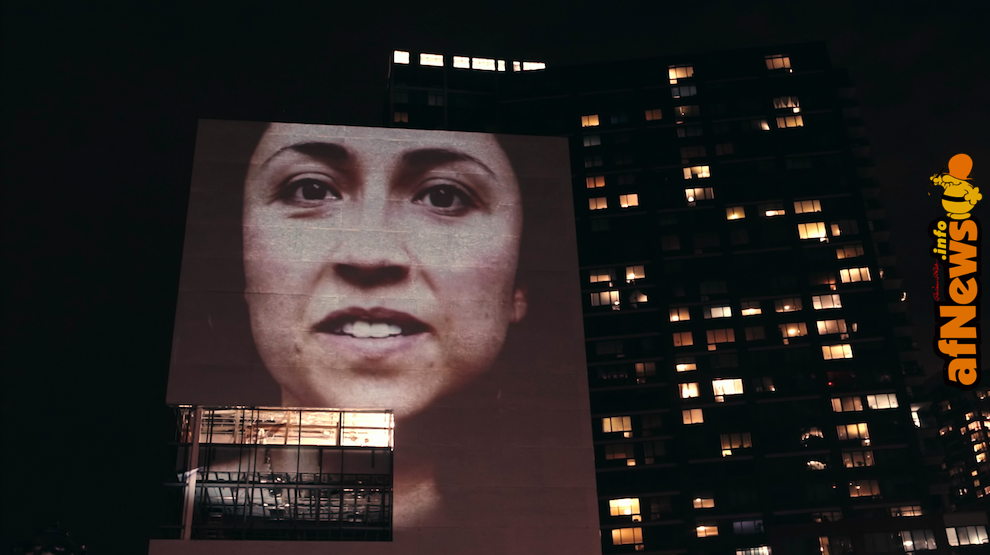 UNIQUE PERFORMANCE by the ZERO IMPUNITY team
ANNECY, JUNE 12th – 9:45PM (21:45) BONLIEU
on the occasion of the selection of the ANIMATED DOCUMENTARY ‘ZERO IMPUNITY’ ABOUT SEXUAL VIOLENCE IN WAR ZONES showing in the NEW FEATURE COMPETITION “CONTRECHAMP” 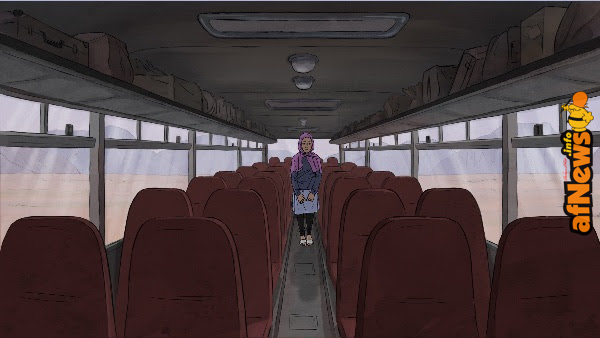 Annecy International Animation Film Festival will host a unique performance by video artist Olivier Crouzel and the directors Nicolas & Stéphane Blies on the facade of the BONLIEU theater on the occasion of the screenings at the festival of the animated documentary ZERO IMPUNITY.

The performance will take place on Wednesday, June 12th, at 9:45PM / 21:45, just after dusk, on the facade of the BONLIEU theatre.

Those faces will be screened on the entire surface of the BONLIEU external wall :

The directors and video artist will be present on location to discuss with the public if they have any questions about the performance.

ZERO IMPUNITY is competing in Annecy in the new feature competition section Contrechamp which brings together a dozen feature films, with the view of offering a better showcase for the most unique feature films, as well as those that create more challenges vis-à-vis the audience. ZERO IMPUNITY was already presented in Annecy in 2017 as a “Work in Progress”. It is an artistic hybrid documentary, by the Blies Brothers co-directed for the animation with Denis Lambert (who worked on The Congress, Song of the Sea, The Breadwinner, Ethel and Ernest). ZERO IMPUNITY is the centerpiece of an ambitious global transmedia project. It sheds a powerful spotlight on the seemingly total impunity for the use of sexual violence in armed conflicts worldwide.

Early April, ZERO IMPUNITY announced the partnership with the Mukwege Foundation during an event about sexual violence in war zones organized by the Grand Duchess of Luxembourg.

The Dr. Denis Mukwege Foundation is an international human rights organisation, dedicated to end rape as a weapon of war worldwide. Nobel Peace Prize winner Doctor Denis Mukwege is well-known for his actions in Congo. As a gynecologist, his specialty had become repairing women who had been raped with extreme violence.

The partnership is set to support SEMA, the “Global Network of Victims and Survivors to End Wartime Sexual Violence”, which brings together victims of war rape from around the world. The objective is to connect all survivors to a single platform (https://www.mukwegefoundation.org/project/survivor-network/). Zero Impunity is launching a major appeal for donations to its community of more than 400,000 citizens to date. These donations will allow the group members to continue to train as speakers, to meet decision-makers but also to make themselves known to other survivors.
Zero Impunity is a call to action to join a growing global movement that demands zero tolerance for sexual violence in warzones. Zero Impunity features inspiring victims, social workers, and activists worldwide who have the courage to engage, resist and mobilize. These stories confront us with the horrendous mechanics of international institutions and age old war and interrogation practices. Zero Impunity offers a voice and solutions to this dreaded universal social norm. A film about love, life and humanity.

The film is produced by Luxembourg based a_BAHN (Arte’s Soundhunters, France Television’s Generation What). Melusine Productions (The Breadwinner, Ernest & Celestine, The Congress) worked on the animation. Camera Talk (Soundhunters, France Television Nouvelles Ecritures’ Defense d’Afficher) and Webspider coproduce in France. The project is supported by Film Fund Luxembourg and the French CNC.