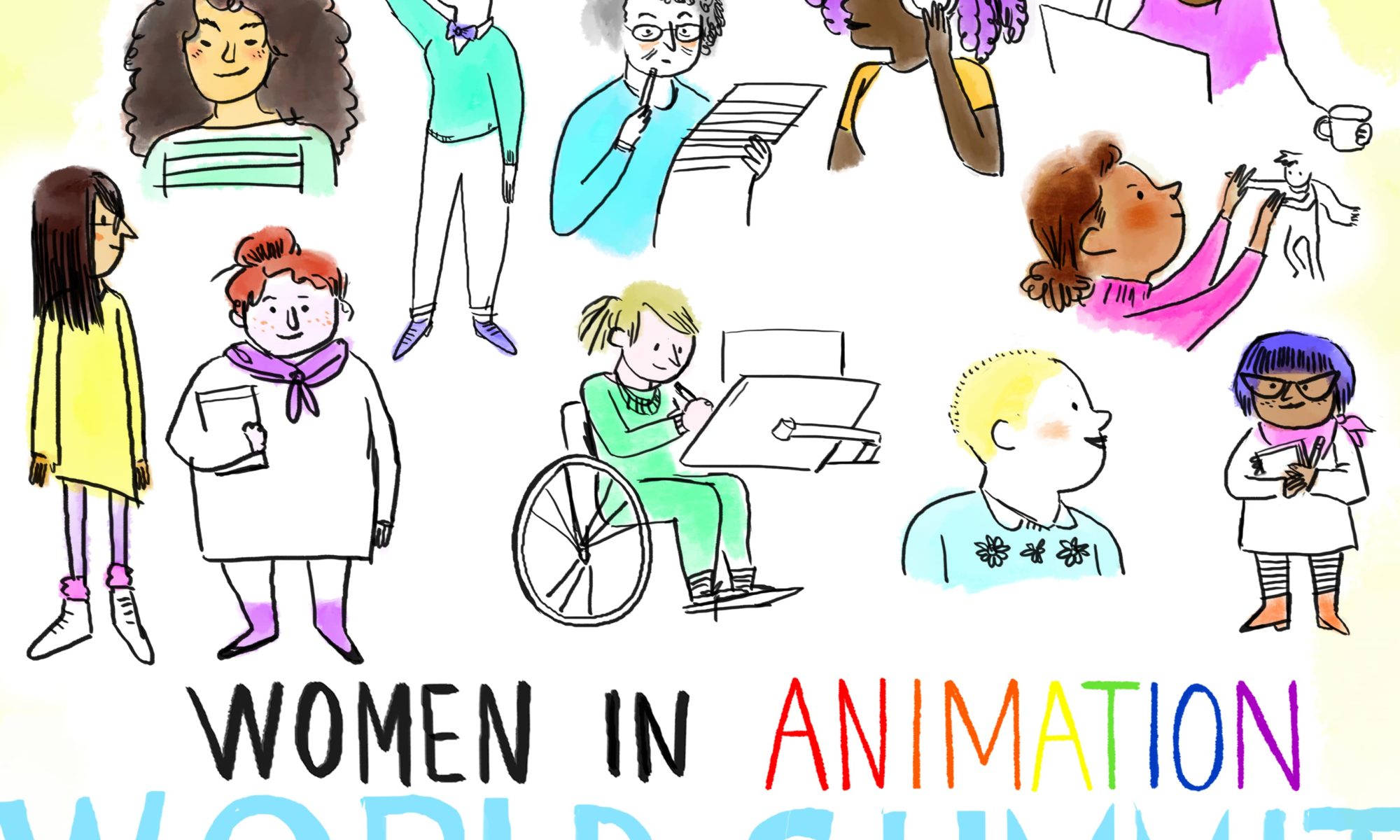 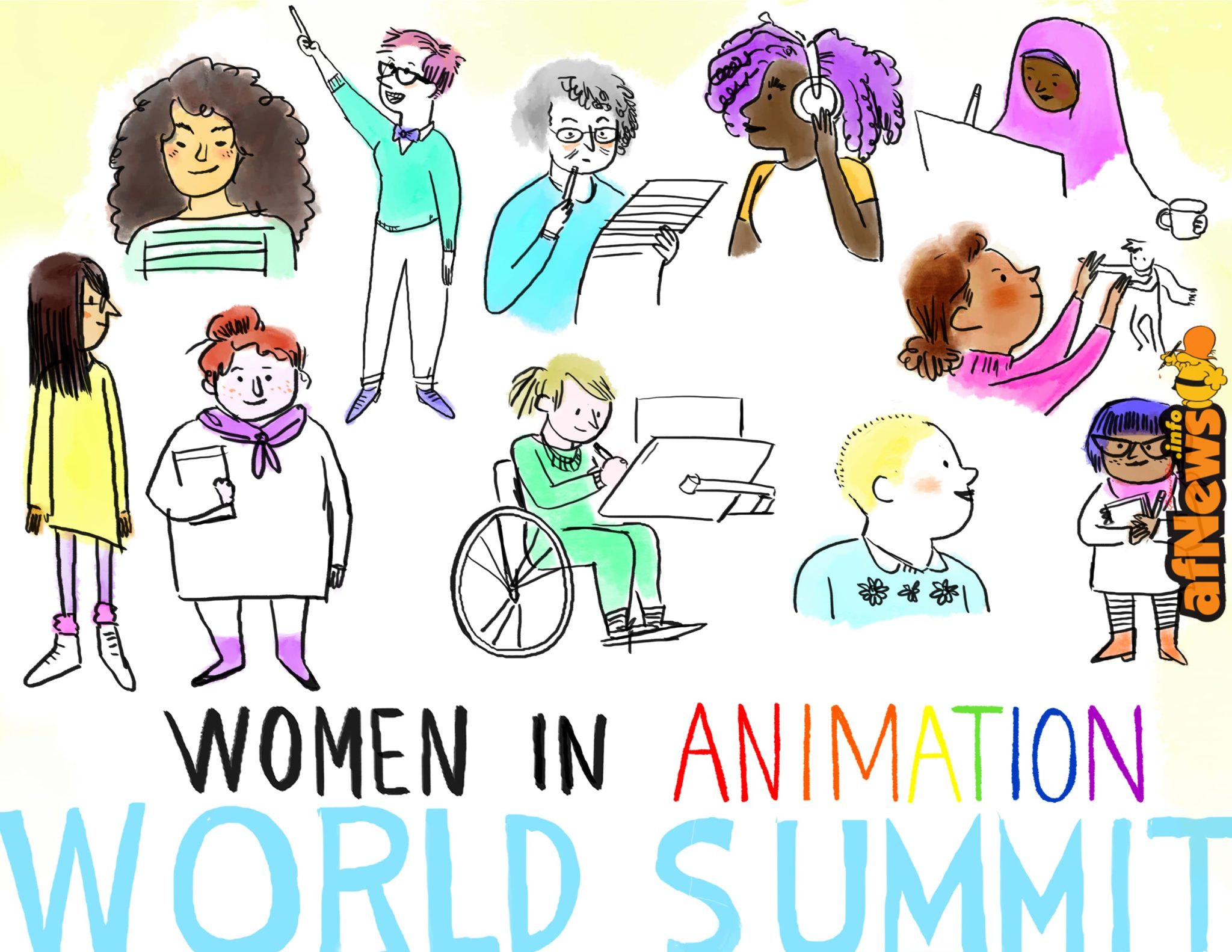 Women in Animation (WIA) and Les Femmes s’Animent (LFA) are pleased to announce the final list of sponsors for the second Women in Animation World Summit, set to take place on Monday, June 11th at the Impérial Palace Hotel in conjunction with the upcoming Annecy International Animation Festival and Mifa 2018.

“Building on the great response to last year’s Women in Animation World Summit, we could not be more thrilled to have the support of so many major studios and partners, marking our most robust sponsorship presence ever for any WIA event,” said Marge Dean, president of Women in Animation. “We are excited to present the theme of ‘Inclusion and Intersectionality’ at this year’s summit to serve as a conversation that begins at Annecy 2018 and continues throughout the year, and we look forward to engaging with festival attendees – as well as our global audience via livestream –on the important topics being discussed that day.”

Corinne Kouper, President of Les Femmes s’Animent added, “We are delighted that our annual Summit and breakfast meetings have become an important cultural conversation in a proactive and concrete way. Through WIA and LFA, we are able to shape the creative direction of our industry, an industry which in turn directly impacts the women of tomorrow. We could not be more proud of these accomplishments, and we are honored that MIFA is celebrating WIA’s commitment at this year’s Festival.”

WIA is also proud to announce that the organization will be sharing the insights and ideas revealed at this year’s Summit in real time with a global audience by livestreaming the full day of presentations and panels via Facebook Live. The Women in Animation World Summit livestream will be available for the duration of the festival to anyone who is interested in tuning into the WIA Facebook page throughout the week, and then will be privately accessible to WIA and LFA members after the festival ends on June 15th.

The Women in Animation World Summit is a day-long symposium of panels and discussions spotlighting top executives and filmmakers from around the world, covering a range of topics affecting women working in the animation industry today. The day will begin with a keynote presentation by Julie Ann Crommett, Vice President of Multicultural Audience Engagement at the Walt Disney Studios and WIA Secretary, who will introduce the topic of “Inclusion and Intersectionality.” Crommett will give an overview of the concepts of Diversity, Inclusion and Belonging and explore the business data and creative case. She will refresh last year’s unconscious bias highlights with data on how inclusion drives business results in our global marketplace and will explore ways to facilitate change.

The panels for the day will include: “NextGen World View, ” moderated by Julie Ann Crommett; “What 50/50 Means to Allies,” moderated by Mark Osborne, Director, The Little Prince and WIA Chair of Male Allies; “A Conversation with Oscar-Celebrated Women Directors,” moderated by Bonnie Arnold, DreamWorks Animation Producer and head of the WIA Advisory Board; and “Developing Diverse Talent,” moderated by Vanessa Morrison, President of Fox Family.

Midway through the day, Melissa Cobb, Netflix’s Vice President of Kids and Family, will moderate a lunch conversation with a select group of leaders and influencers to further discuss the topic of inclusion and intersectionality, focusing specifically on developing diverse talent in the industry. The day will end with a cocktail/mixer from 5:00-6:00p.m. that will be open to all summit attendees.

For a full listing of panels and speakers, check the WIA website here or the Annecy listing here.

As previously announced, in addition to Monday’s events, WIA will receive the Mifa Animation Industry Award on Tuesday evening, marking the first time the award has been given to an organization.

WIA and LFA will also host a series of breakfast meetings open to all festival attendees — for the third year in a row — Tuesday-Friday, June 12th – Friday, June 15thfrom 8:30-10:00a.m. at the Brasserie du Parc (12 Rue Centrale, 74940 Annecy-le-Vieux). These meetings will be informal and inspiring gatherings dedicated to promoting and building a better place for women in animation while furthering the conversation that begins with Monday’s Summit.

Women in Animation (WIA) envisions a world in which women share fully in the creation, production and rewards of animation, resulting in richer and more diverse entertainment and media that move our culture forward. The mission of WIA is to bring together a global community of animation professionals to empower and support women in the art, science and business of animation by increasing access to resources, creating opportunities for education, encouraging strong connections between individuals, and inspiring excellence. For more information or to join WIA, please visit http://www.womeninanimation.org.

The French association Les Femmes s’Animent (LFA) is dedicated to raising awareness in gender discrepancies and stereotypes in all facets of the animation industry.  We work to encourage equal opportunity for women in the creation, production and distribution of animation. We share a common goal with women’s organizations across the globe whose combined efforts hope to insure 50/50 in 2025. More information on the organization can be found here: http://lesfemmessaniment.fr.