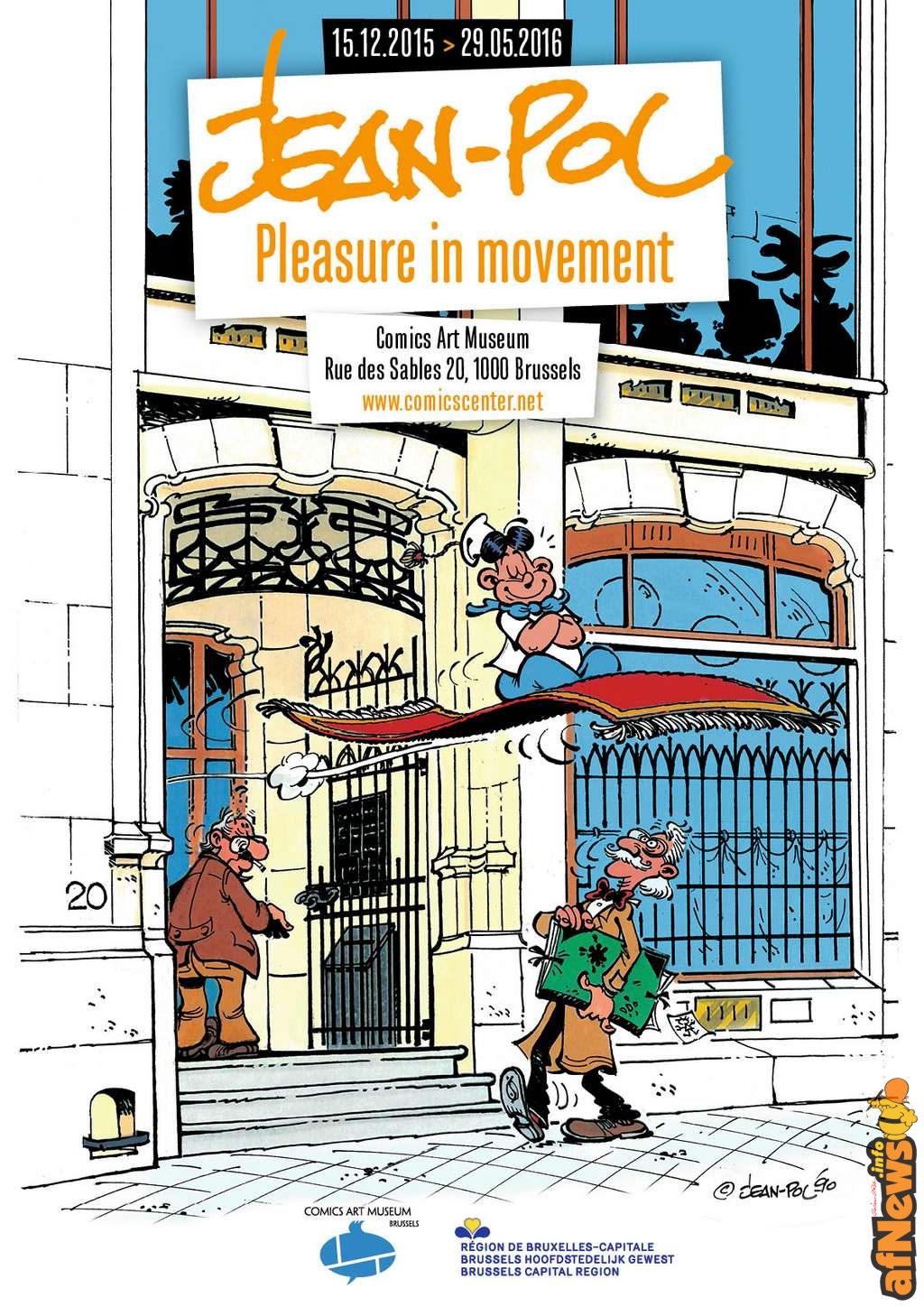 For decades, bakers in every village in Belgium used a small cartoon character to display their opening hours and holiday dates. Kramikske (or Briochon), the little baker boy you can see on a flying carpet here, was the work of Jean-Pol. Even although this hugely-popular baker-boy character was not always directly associated with Jean-Pol, it did mark a breakthrough in the career of this exceptionally talented illustrator. With the modesty typical of so many authors of his generation, Jean-Pol produces light, exceptionally sharp and well-rounded motion characters. Having honed his natural talent at the very best schools, the author went on to produce more than 80 albums and countless parallel projects, including adverts, illustrations and comic postcards, during his career. From a very young age, the man who would illustrate comic strips including Kramikske, Annie en Peter, Fred and Samson, and take over the mantle of the Sammy series, had great admiration for Marc Sleen, the big-name Flemish comic strip author famous for Nero, and the most well-known representatives of the Marcinelle school, Franquin and Tillieux, who worked on Spirou magazine. He took over the “Sammy” series, created for Spirou by Berck and Cauvin, and in doing so proved he could truly bridge the gap between the different humorous family comic strip genres in Belgium. Jean-Pol is sensitive and funny with the attention to detail and reliability of a true professional, but perhaps his exceptional talent lies in his rare ability to communicate his love for the art and give expression to the little boy that remains within him.