Just out of jail, Gruesome goes to the Hangman’s Knot saloon, where his old crime crony Melody is now playing piano. Gruesome takes him to a plastics manufacturer, where X-Ray and a mysterious mastermind are in possession of a secret formula and hatching a sinster plot. Ignoring a warning not to touch anything, Gruesome sniffs a nerve gas that paralyzes him. He appears to be dead and is taken to the city morgue. Dick Tracy is at headquarters speaking with college professor Dr. Tomic, a scientist who suspects someone has been following him. At the morgue, Tracy’s sidekick Pat has his back turned when Gruesome wakes up and knocks him out. Pat describes him to Tracy as looking a lot like the actor Boris Karloff.

At a bank where Tess Trueheart happens to be, Gruesome and Melody use the nerve gas to incapacitate the customers and security guard. They rob the place of more than $100,000 and shoot a cop on the sidewalk before Tracy and his men arrive. Gruesome demands half of the loot from X-Ray …. or else. Tracy tries to learn the secret of the formula from Dr. Tomic’s top assistant, Professor Learned, before going after Gruesome and his gang. It all ends in a shootout, with Gruesome shot by Tracy, and then back at headquarters, where Tracy ends up frozen by nerve gas just as he’s about to kiss Tess. 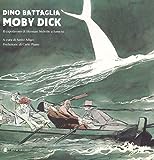 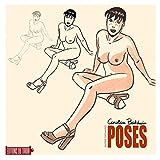