In line with the Annecy International Animation Festival’s theme his year of “honoring women,” the organization Women in Animation (WIA) hosted a program this morning aptly titled “Women in Animation” at the Imperial Palace Hotel. The presentation and panel discussion included WIA Advisory Board members Bonnie Arnold, Margie Cohn, Lenora Hume and Adina Pitt as well as WIA Co-President Kristy Scanlan and WIA Chairpersons Jinko Gotoh and Tracy Campbell, with moderation by WIA Co-President Marge Dean. “Having a presence at Annecy this year has given us the amazing opportunity to meet the women who have made a name for themselves in a largely male-driven industry, and to learn from their perspective and experience,” says Kristy Scanlan, Co-President of WIA. “We have been collecting statistics from studios and schools around the world which show that women dominate art schools but then only make up about 20% of the creative work force. We used this ratio as a launching point for today’s program, and then talked about what we’re doing to rectify the situation,” adds Dean. 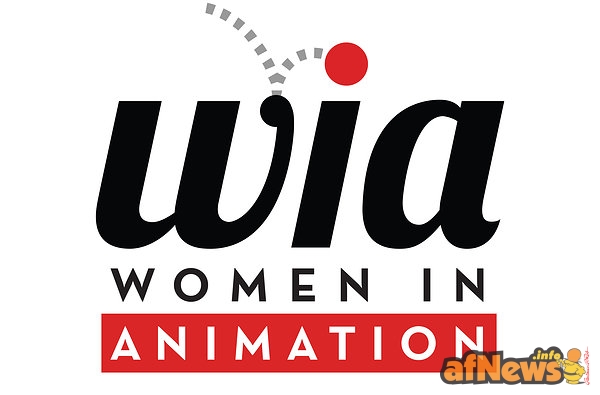 WIA board members performed various surveys and gathered data to inform themselves of the most recent ratios in the workforce. WIA discovered that according to a survey of several LA-based animation schools and statistics gathered by the Animation Guild (TAG, Local 839 IATSE), in 2015:

60% of all animation students are women

For some historical perspective, here are additional percentages:

WIA co-president Marge Dean explains, “We know there are many roles that women can play in animation, but we wanted to highlight specific areas in our discussion today. We can see that there are very few women who are creatively leading animated productions and need to address that imbalance.” Case in point, the survey revealed that in the last five years, only three animated features in the U.S. and two in France have had a woman director, and those were only as part of male/female directing teams. In the past 15 years, there have only been two solo woman directors of U.S. produced animated features – Jennifer Yuh Nelson for Kung Fu Panda 2 (2011) and Jun Falkenstein for The Tigger Movie (2000). To further support these concerns, the breakdown of women’s roles in various creative positions in animation today are as follows, according to the Animation Guild:

These are all average numbers, mainly focused on Los Angeles-based studios, both large and small.

WIA has also found that the numbers are similar in Canada: among eight studios between Vancouver, Toronto and Montreal, only 16 -18% of the creative roles are currently filled by women. In France, the Centre National de la cinématographie et de l’image Animee (CNC) released the following ratios related to 54 television series financed in 2014:

Dean concludes, “There is a lot of promise for increasing the role of women in the animation industry simply based on the increased number of women studying animation at the college level. But we’ve learned from experience that an increase in student enrollment alone will not change the employment numbers. This is ultimately going to take awareness, training, support and courage for women to step out and have their voices heard. We so admire those who can say ‘here’s my voice, this is what I think, this is me.’ WIA will continue to encourage women in the industry to be brave enough to say this to others.”

Women in Animation (WIA) envisions a world in which women share fully in the creation, production and rewards of animation, resulting in richer and more diverse entertainment and media that move our culture forward. The mission of WIA is to bring together a global community of animation professionals to empower and support women in the art, science and business of animation by increasing access to resources, creating opportunities for education, encouraging strong connections between individuals, and inspiring excellence.

For more information, or to join WIA, please visit http://www.womeninanimation.org.