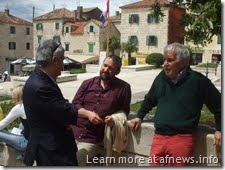 2010, was held within the past week. Organized by Darijo Antunovic, MaFest gathered some hundreds of fans from the Balkans while hosting important names from the Italian comics scene for four days. Ivo Milazzo, Giampiero 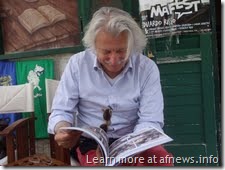 Casertano and Pasquale Ruju were among the guests of honor. But they were not alone: Last  year’s guests of honor, masters Roberto Diso and Gallieno Ferri were  invited 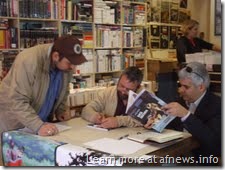 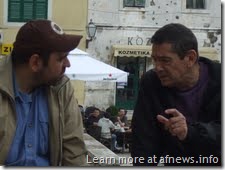 life all around as he spoke about his art, made jokes and shouted out his support for Milan AC… Milazzo was an icon of comic book art not only with his speeches, but also with the aura that surrounded all

his interactions with the fans…  Eduardo Risso had the Latin spirit, and made the audiance clap lauder for his art at the auction night, the income of which was aimed for humanitarian aid… Diso and Ferri were never left alone as readers from every age group 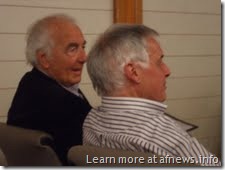 surrounded them, asking for sketches and signings… The two legends were now veterans of the festival, and stated that they enjoyed the interest in their ageless work. The only  guest of honor who could not make it to the festival due to his deadline obligations

was Goran Parlov. However, there were enough legends to talk to for everyone, hence, the festival was more than satisfying for everyone who participated. MaFest is probably the most colorful comics festival to the east of Europe, and this last edition proved that both the natural beauties around, the atmosphere of the town and the level of interest from readers of the Balkan region will turn it into a bigger one… [Article by Murat Mihcioglu] 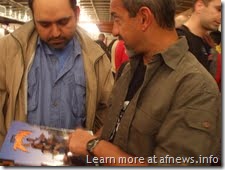